This is a post in which I may alienate many of my readers (and completely win over the rest).

But I promised earlier.

And it needs to be said. 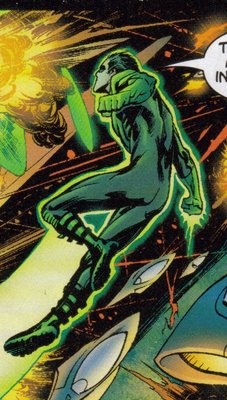 Now, the virtues of Kyle Rayner's butt have been well-established by this point.

It has been stated outright in Green Lantern, Volume 3 that he has a nice butt. 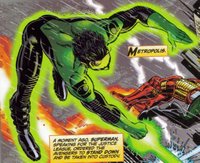 This butt has gotten ample coverage during Kyle's appearances.

Artists go out of their way to showcase Kyle's hindquarters.


The boy is often seen doing Olympic-level Gymnastics in mid-air to show both his backside and frontside.

But this goes well beyond Kyle's admirable arse. 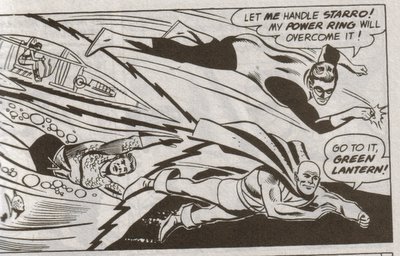 Note the above picture. Four JLA members leaping into action. One side-view, in an airplane. Two frontal view poses. And one guy twisted out of shape so that somehow we see his butt and his face at the same time.

Even Aliens are not safe from this wanton portrayal.

Lacking any humans, the artist has no hesitation in using Kilowog for Cheesecake. 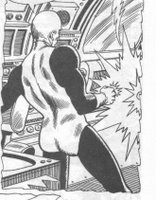 And Abin Sur, once dignified! How they've lowered you for their base amusement! 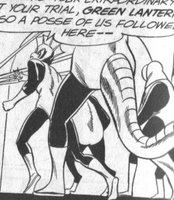 They even made a point of covering the extraneous parts there.

But where did this phenomenon begin? How long have Green Lantern comics been obsessed with a single body part?

Well, I looked as far back as Showcase #22 and there it is, plain as day: 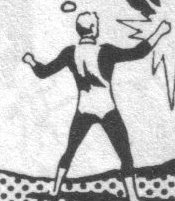 And if once wasn't enough...

Guess they thought it was too blurry.

I was going to stop there, because Alan Scott has a cape.

You'd think that would have saved him. 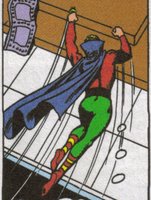 His cape is vertical throughout the entire Silver Age Team-Up story.

But that's the Silver Age, the early appearances were more dignified, right? 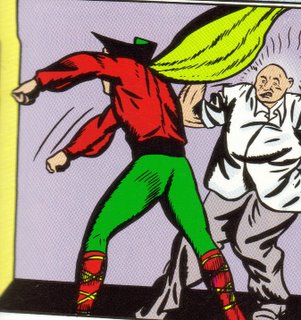 So, there you have it. A tradition dating back to All-Star Comics #3.

Green Lantern Butts.
Posted by Ragnell at 2:47 AM