But at the moment, it's very relaxing. Fortunately, nice people all over the world post their cats to be made fun of.

(I just think comic geeks might be the only ones to get this joke.)
Posted by Ragnell at 10:50 PM 6 comments:

Is it safe to blog yet?

I love her current costume. It might be neat to read a few stories about this "cute" supergirl, but as far as the regular comic, I like my "sexy" Kara very much thank you.

I'll be back when I can write something other than a stream of obscenities.
Posted by Ragnell at 9:00 PM 9 comments:

Thursday Thirteen: Not All of These Are Rational.


Get the Thursday Thirteen code here!


The purpose of the meme is to get to know everyone who participates a little bit better every Thursday. Visiting fellow Thirteeners is encouraged! If you participate, leave the link to your Thirteen in others comments. It’s easy, and fun! Be sure to update your Thirteen with links that are left for you, as well! I will link to everyone who participates and leaves a link to their 13 things. Trackbacks, pings, comment links accepted! 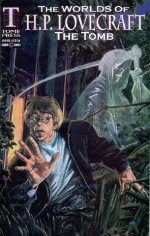 I'm a latecomer to the horror genre. Aside from a couple Steven King movie adaptions, the required Edgar Allen Poe poetry (standard for any budding young Goth), and weekends rolling dice over my Vampire character sheet as a teenager I didn't bother with the genre much. I always loved ghost stories, but I was a jumpy kid and my parents never let me watch horror movies. They needed to protect my delicate imagination. When I got older I found out that my sister never really liked the scary stuff, so I was deprived until my most recent boyfriend (now an ex-boyfriend, but that's not really his fault) decided to introduce elements from his favorite pulp writer into his Mage games. 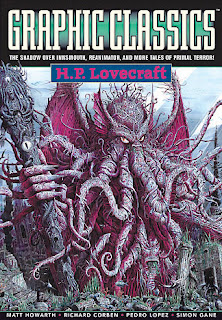 I'm competitive, especially in relationships (which is why so many boyfriends shortly become ex-boyfriends). I had to keep up with him, so I scoured the comic book stores and found only a copy of The Worlds of H.P. Lovecrat: The Tomb. It met my satisfaction, so it was to the library for me and a month of indulgence in short horror stories. From the Call of Cthulu in an anthology, I moved on to all of the Cthulu Mythos cycle, to the Dream Cycle, to the miscellaneous stories in other collections, to the original Lovecraft Circle (the ones I could find) and now I'm reading the modern knockoffs.

I never pass up the chance to read a Mythos story, even though its not a subject I am compelled to blog obsessively about. Lovecraft is a private indulgence best savored alone in bed, after midnight, by the dim illumination of a flashlight. It doesn't do to blog endlessly about the minutia of Lovecraft continuity (mainly because he played loose with the details to achieve that mythic feel). The most you can really do is trade jokes, videos, parodies, and mock derisively the people who actually buy and use the Necronomicon. 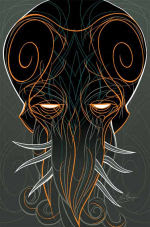 I will, however, say that The Dreams in the Witch House is the freakiest story ever written.

Anyway, this was a particularly good day for Lovecraft fans. First, there was an anthology put out by Boom Studios that I'd asked the clerk to pull for me, though I can't imagine where I may have heard of it (all playing aside, Kevin's story was my favorite of the collection. Neat concept, I was expecting Erich Zahn when I saw the musical references but he went in a direction I hadn't seen before and captured the mystery/horror mood of a Lovecraft story. Tough to do in a visual medium.) And right next to it there was a Graphic Classics volume of Lovecraft stories that I hadn't seen before.

Best of all, no repeats. Well, it has adaptations of stories I've read before, but no repeats of any stories I have in comic book format. (Not to mention it has a rendition of the freakiest story ever written.)

Nice week, all in all. Plenty of tastefully horrible dinner reading and hopefully I'll get some entertaining nightmares out of it.

But you know me, that's really unlikely on dayshift. I had a post idea but instead ended up messing around with images. I came up with these pathetic offerings: 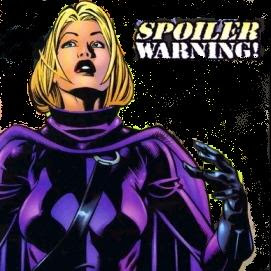 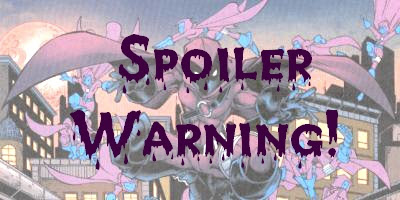 Now, what I want to know is why I haven't seen anyone else do it. Its such an obvious idea, and there's a huge Steph fanbase. Not to mention there's a lot of people out there with better graphics skills than me.

I mean, I should see those banners everywhere.

(Note: Next time you see such a banner on this blog, you'll see actual comics content. I swear.)

I always feel bad when I see these posts.

You know, every once in a while, a member of the mainstream Feminist blogosphere discovers objectification comic books and thinks she's found something new.

I'm not sure if that's exactly what happened to Maia, but I figures she's new to the fandom since she thinks that's the single most impractical top garment ever made to wear as a top (Star Sapphire begs to differ). I tend to snicker, then feel kind of bad and kind of irked (seems like nobody hears us outside the fandom when we complain either) when non-comics readers get surprised like that.

Anyway, I was going to leave her a comment with the address to write an angry letter to (or at least explain what cost them a potential reader), but I only have the DC ones memorized. Can anyone help?

The quality of this blog has really dropped in the past few months...

Brandon has another meme and I am going for the extremely lame and lazy joke before anyone does. 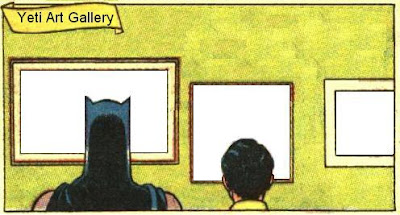 I trust I don't need to outline what's wrong with this statement.

This post makes me want to burn down the internet.

I never liked the idea of Whedon on this movie. It seemed to pigeon-hole him into a type of character (strong woman) that he would be expected to write from now on.

(Edit: Original poster didn't mean to phrase it that way, but we got some good discussion out of it. Read the comments!)

Michelle's having trouble with Imageshack's advertising:

I was pissed. Particularly because every ImageShack page features a link that visitors can click to report the image being hosted as “offensive/adult content”. Yet where’s the link to report ImageShack’s ADVERTISING as offensive pornographic material?! I couldn’t even figure out where to report this to their abuse department, so I sent them a message thru their general feedback. I don’t expect it’ll do anything, but I wanted to make my displeasure known. What burns me is that ImageShack’s TOS clearly and repeatedly states that no pornographic material may be uploaded to their site (along with “illegal…copyrighted, harassment, or spam” material). Nowhere in the FAQ is it mentioned that they have the right to, and will, put the very same material they just prohibited all over your pages. So - hypocrites or just plain lazy in screening their advertisers? Because only an idiot would mistake the content for “#1 Site for College Girls”.

She includes a screencap, and suggests boycotting them and using a less hypocritical site.
Posted by Ragnell at 7:26 PM No comments: