In case my opinion on the killing of Kirby-creations is unknown...

Yeah, I'm not buying it. The book or the premise.

You really think you'll be able to keep the New Gods dead for long? Give me a break. I've seen way too many of your writers and editors with a Fourth World fetish and seen way too much of Apokolips in every fucking book you put out to believe that. The reason you had to give them a break during Infinite Crisis was that they were overused in the 90s because your writers couldn't keep their grubby little fingers off the King's characters.

Someone is going to want to play with them.
Posted by Ragnell at 5:43 AM 14 comments:

The 17th Carnival of Feminist Science Fiction and Fantasy Fans is up!

I'm still looking for hosts for the 18th Carnival. Email me if interested, please.
Posted by Ragnell at 4:19 AM No comments:

Is the last week of September too early to start hating the costume industry?

Look where my supposedly relaxing internet wanderings found me (hat-tip).

Thing is, its not the existence of the Sexy Ghostbuster Costume that gets me. That in itself is kind of kinky and fun and weird and harmless.

What kills me is what's in the top corner: 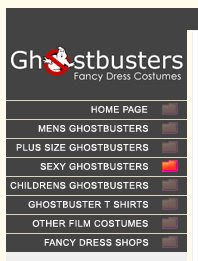 Yeah, that's right. Men's, Plus-Sized, Sexy, and Children's. No category marked Women's (and just one female model). The only female Ghostbuster is a SEXY Ghostbuster!

(And don't give me "that's what's in the movies" dammit, there was no sexy Ghostbuster in the movies, even among the male actors. There also weren't any damned kids. The conforming to the source ship has sailed. The least they could've done is marked the costume "Traditional" or "Unisex.")

It seems that whenever I let my guard down and get happy about something the internet seems to go out of its way to remind me that I really do hate everyone no matter what time of year it is.

That depressed me more than I thought

I just saw a reprint of The Dark is Rising in the bookstore. It said "Now a major motion picture: the Seeker" in an ugly yellow band at the bottom.

You'd think, after changing so damned much to make the movie they'd figure they're shooting themselves in the foot by selling the book to remind everyone how different it was.
Posted by Ragnell at 9:39 PM 5 comments:

This started as a comment over on Sally's blog and went a bit long and tangential so I decided to post it over here. The post of Sally's is from Thursday anyway, but in case you haven't read Tales of the Sinestro Corps: Parallax consider this one your spoiler warning.

While I enjoyed the issue, I can see why this Anonymous commenter was unimpressed. The stuff in the comment is subjective, but I wanted to address this part:

There was the bit about how his mom painted the painting, but of course, since we're talking about a simulacrum of the painting in Kyle's mind and not the actual painting itself, as far as "dramatic revelations" go that one falls flat.

As I read it the revelation that Moira painted the picture was very important because this was in Kyle's mind. It wasn't the painting that was her gift to Kyle, but his imagination and his artistic talent was her gift. he inherited those traits from his mother, and those are the traits that make him an exceptional Lantern. They all have the will. They all have the guts. They all have a sense of honor. Only Kyle has the strength of vision, the flexibility and the unpredictability that come with his creative outlook. From the creation of this character, that's what's been used to make him stand out. And he got that from his mother.

Even if they end this crossover with him getting the picture and finding another name (which I doubt), it was his mother who sat down with him as a kid and made up stories about the boy in the picture. That was the gift. The story, the creative exercises themselves. The most important parts of Kyle's personality are through his mother.

What really interests me with this discovery is the old plotline where Kyle searches for his long-lost father. His early teamups with Connor Hawke were dedicated to this plot, and Marz implied Kyle's father was alive and findable throughout his entire run. It was a major enough thing when Winick wrote an actual meeting with the man to put it in the 150th issue, and even since that issue the absence of Kyle's father keeps being brought up in Kyle stories. Kyle dedicated a lot of time and energy to finding his father, and when parental issues were brought up, with the exception of the first appearance of Kyle's mother, the parental issues were skewed towards his father.

Even though Kyle was raised by his mother and logically that's where all of the influence would be from, Kyle's father, like Hal's father, was the important parent for story purposes. Most of the time (with few exceptions such as Kyle having to settle his feud with her, Kyle addressing his narration to her in one of the 80-Page giants), the mother was just there so villains could threaten her and Kyle could take his girlfriends home to meet her.

This goes back to a tendency in our society to place this kind of importance on fathers. Heroic qualities tend to be portrayed as coming through the father because boys are traditionally consider more active while girls are traditionally considered more passive. Most legacy stories lead back to a father because its only recently mainstream society has come to accept women can be active and heroic. Heroes, especially male heroes, still tend to have fathers that they take after (Both Batgirls focused on father-daughter relationships, the difference in Thomas and Martha Wayne's memory is clear to anyone who's read two Batman stories). Beyond that, much of the attention of modern pop culture is directed towards characters working out father issues (I suspect this is because many writers have these issues, but that is little more than speculation and generalization that I have no way of backing up).

Well, with this story we find out that the traits that make Kyle a hero definitely do come through his mother, and Kyle finds out as well. So, even though we lose the character to the fridge (for the fourth time), its a dramatic change in how she's portrayed and remembered. She is the important parent when it comes to understanding Kyle Rayner now.

This isn't to say that the father's absence is less important to understanding the character, just the mother's absence (and her presence up until recently) is now mroe important than it used to be.

And seeing that name on the portrait was Kyle realizing that.

This is even more interesting when you look at how Hal's parents have developed. Everyone knows that since Emerald Dawn Hal's father's death was the defining moment in his life. Hal's father was so all-encompassing when it came to understanding his past that his mother didn't even have a name until recently. Since the fourth volume was relaunched, not only does Hal's mother have a name (Jessica) but we also know that there was a very strained relationship. A relationship Hal tried unsuccessfully to mend before her death. (He was just a little bit too late.) We have an idea of what she was like as a person (prior to that we could just picture Donna Reed), we know she was overprotective and there's an implication Hal inherited his stubbornness from her and that's why the relationship was strained.

Hal's father still takes up 95% of the picture when we go back to Hal's early homelife (there's also his brothers, but I can't remember a story that showed how they related as children. Only as adults). We have a brief picture of his mother now, but that's a lot more than there has been for forty years.

Its just a little bit, and it hardly makes things all right with Green Lantern and women (this is sad, because if you read the Showcase collections and the archives it could be argued that Green Lantern started out ahead of the rest of the Silver Age with the portrayal of female characters, but moved backwards when it was supposed to be ironing out the sexist parts), but it is a nice trend to see.

I was just watching The Incredibles again.

I'm sure everyone remembers the point about capes, right? How Edna refused to design a suit with a cape because of all the accidents that caped heroes had and how impractical and dangerous the cape is?

I just now noticed that Violet and Helen have high heels on the costumes Edna designed.

That kind of kills that cape joke for me.
Posted by Ragnell at 8:21 AM 8 comments:

Not enough Green Lantern for you?

I did a John post on Blog@Newsarama on Friday, in case anyone missed it.
Posted by Ragnell at 6:01 AM 1 comment: