Kate Spencer will be back in June!
Posted by Ragnell at 4:30 AM 4 comments: 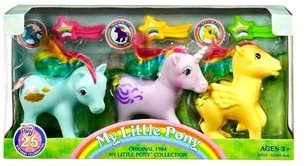 A Momentary Glimpse at my Magnificent Social Prowess

Yes, I am actually answering comments again! Or at least this one:

I've been thinking about this entry for a while now, off and on, and I've been wondering...

Have you ever thought about disabling comments? I don't mean to imply that you can't handle criticism, or anything, but it honestly does seem that they provide you with more stress than entertainment. You've posted on more than one occasion about frustrating or irritating commenters, and there's even a little "warning" in the sidebar of your blog about it.

I mean this as friendly advice, and I hope it doesn't upset you. I'm just saying that you can get rid of them if you think it'll make you happier. Comments aren't mandatory. If you don't enjoy reading them, disable them. Nobody's going to think any less of you. (And if they do, you'll never know! :) )

I have considered going to closed comments. I confess to a bit of jealousy about some of the nice, calm, commentless blogs out there. (Particularly when I do a Blog@Newsarama post.) It would be better for my, because when I read my comments I often have a compulsion to answer them or stew about them. Partially I want to be proven right, partially because I want the last word, but mostly because I enjoy seeing the conversation go on for a very long time at some points. I've been working on a "Let the commenters talk amongst themselves in the comment section and pipe in on a different post" policy for a number of reasons. It's less work and energy for me, it's less repeating myself and rephrasing myself which gets tedious, it takes the conversation in a more interesting direction when I can't predict either side, it's a way to get my opinion out there but not actually interact with people and the whole reason I'm on the Internet is because I'm a terribly unpleasant person trying to avoid interacting with people, and it prevents me from getting into arguments that escalate to the point that some dude deletes all his comments, and his blog, and proceeds to spend the next two years complaining about me and my friends in any comment section that seems even the slightest bit sympathetic to his situation.

But I digress (habitually). One of my motives for starting the blog (along with venting so as not to spend another dinner describing to a blind date why the Yellow Weakness in Green Lantern was the Best Arbitrary Silver Age Weakness Ever -- I'm still waiting on him to call me back) was to get used to writing regularly, so that someday I could pursue a career as a writer (It was also one of my Super-Secret Super-Silly Reasons for Joining the Military because hey, seeing the world worked for Hemingway! -- Don't judge, I was seventeen, there was no way I was getting a decent college but I had to get out of my hometown that year or I was destined to end up as a little old spinster lady working for the historical society who was saving her pennies to finally take that trip to Niagara Falls so she could see another country for the first time in her memory! and it seemed to please my parents. After all, my father was laughing when he signed the age waiver. He had to have been happy) and gain fame and legendary status as one of the luminaries of my generation! (Plus being a writer is a great excuse to act weird.) Closed comments would be a way to get used to writing and just leaving it rather than continuing a conversation forever. (I imagine editing would help with the run-on sentences and choppy writing, but I'm not going to edit the shit out of blog posts. Too much work for a hobby.)

Thing is, I like my comments. I like the instant gratification of praise from consistent readers. I like to see what holes were in my argument, and see if someone can use it as a piggyback for another idea. I like watching a conversation that I started form. Most of all, I like seeing that someone read what I wrote.

That's part of why I get frustrated at times. The reaction is often not what I was hoping for, and I was indeed hoping for a reaction. Sometimes I steam over a misinterpretation or respond rudely or politely or steer the subject to a different place. I lose my temper when the content of a comment indicates that someone didn't read what I wrote and they just want to use my comment section for their soapbox. There's not a problem with using one post to point out something about your own pet peeves/issues/ideas, but when I want to use someone else's post as a jumping off point for my own rant, I come back here to do it. If something's spam or overly rude or from someone I completely despise, I roll my eyes and delete it. If something grates on my nerves, I write a post ranting about my commenters. If I feel playful, I can wade in there and fight. If I'm bored I can watch you guys fight.

To summarize: I read comments when I want to talk to people. I want the comments there for the times I do.

So why don't I moderate, then?

Well, because of the times I don't want to read my comments.

I get email notifications, but I have a nifty little filter that sends comments to a little file that I check when I feel up to reading comments. When I don't, I simply don't bother with the file until I do. If a thread has gotten out of hand, I'll often just ignore all comments marked with that thread title. The conversation continues, people enjoy themselves, and I can look through it at my leisure. If the conversation has gotten to a very stupid track or I'm tired of arguing that point or I'm just not interested in the topic anymore? I never have to read those comments, so I just let the thread die on it's own. Hell, sometimes I'm overworked at my dayjob so I don't check the comments for long periods of time so the file has gotten intimidatingly full, so I just start a new thread and continue on from there.

Also, the control. A lot of people like moderation because they get control over what's said on their blogs. I don't care that much. I'm not your Mama. (I'm your MAMA DENTATA! *Ahem*) I'll tell you off if you offended me and I feel like telling you off, but I'm not going to be responsible for what's written by someone else. And I enjoy watching the conversation weave in unexpected ways. It's fun and exciting! That's not going to happen if every leg of the conversation is waiting for me to come home and release it every night. People'll lose interest. I'll lose interest.