I Think I Could Cry

After days of compiling the posts relating to females in comic books, I ran across a Dissenting Opinion. Now, I don't mean a "You're overreating a tad, aren't you?" post. I mean, an honest-to-goddess Dissenting Opinion. It complained about the suggestion that indy comics or manga had better portrayals of women than mainstream DC and Marvel. Some of the wording was foul, but it was an excellent argument. 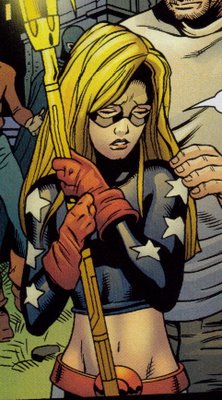 It was somewhere on livejournal, and I think it had a dark blue background.

I was so excited to find it, the rarest of posts, and quickly copied the link to post later on When Fangirls Attack.

Or, rather, I thought I copied the link.

And now I can't find it again. Even through Technocrati.