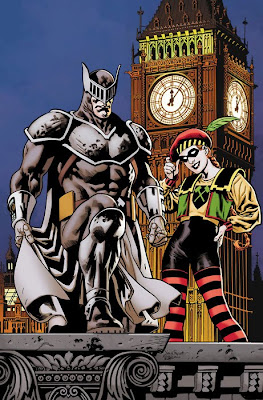 I read Knight and Squire #1-3 and I can't say I was too impressed with the plot of any of the issues, but I'm going to buy it more. Why? Because there was one really enjoyable element to this mini, and she gets a lot of panel time. 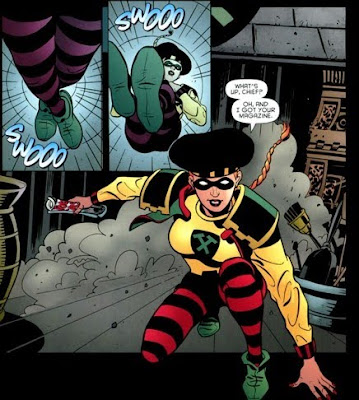 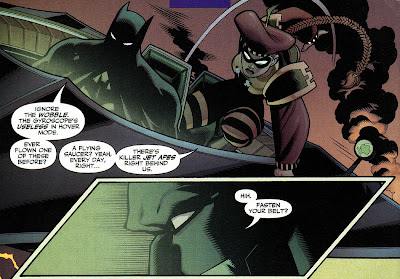 Squire's one of those characters that got a really solid start, though. She was the viewpoint hero in the first JLA: Classified arc, and I think she's meant to be a young teen in that. Certainly she's got a childish quality to her, though that could be the incredibly over the top situation or just her role in the story. 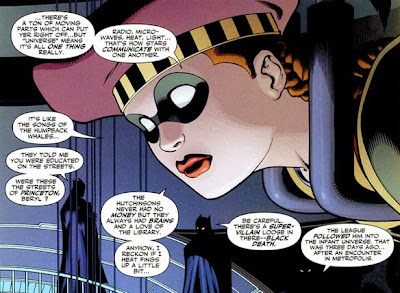 She's playing Kyle Rayner for this storyline. See, the first arc of JLA: Classified was after they switched out Lanterns, and John Stewart is no wide-eyed newbie so Morrison had to bring in a younger character so he could keep his team formula. So he tied it to the plot, and gave us Batman and Squire scenes with a classic "sidekick escapes" setup. Beryl's own superteam, the Ultramarine Corps, have been taken out by Gorilla Grodd. She's the youngest, least powerful team member and used to being paired with an older hero and she's all they have to get help. She contacts the JLA for help only to find that everyone but Batman is in another universe. It's an overwhelming situation, and she has just the right amount of concern and awed wonder without coming across as out of her depth. She has the smartass teen role, but it never devolves into obnoxious whining or losing her cheer. 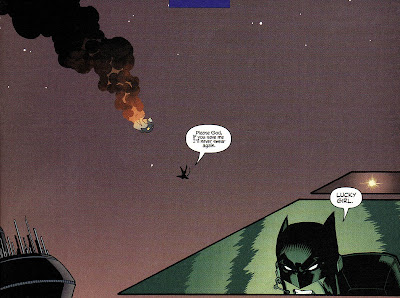 I pretty much decided the second she landed on the UFO that she was going to be one of my favorites. 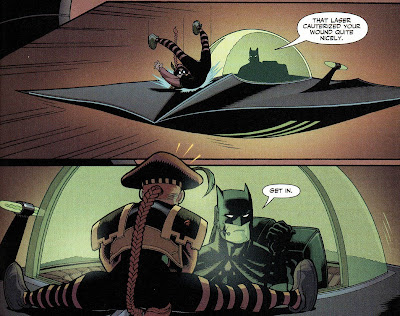 I'm not sure exactly what trait makes her so appealing, there's just something in her personality combined with her skills and concept. I love how Beryl is extremely low-powered (she seems to have gone from a communications expert to having communications powers), but still manages to succeed in the end. She's so bright and optimistic and gets along with anyone she deals with. She's just plain delightful. AND she can save England from Evil using social networking. 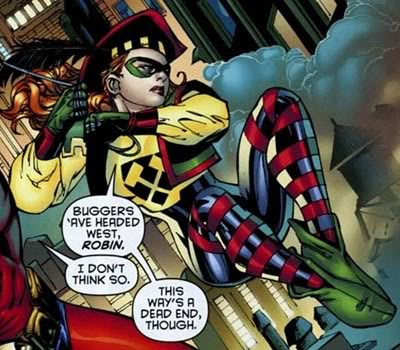 Also, there is something about that costume. I hate yellow, but on her? That whole Robin color scheme works.
Posted by Ragnell at 11:09 PM