Rather than do anything productive, I've been goofing around on dollmaker/dress-up games. Someone on Tumblr linked this fairy tale shrug girl, and I've been on that dolldivine site all week creating people. I also like the elemental ones, but I was a bit disappointed with their superhero maker. 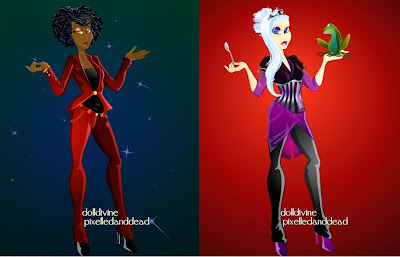 Other sites have superhero makers, but none so far have had the variety and interface that the Fairy Tale one on Dolldivine has. (I did make a nice girl speedster with this one, though.) 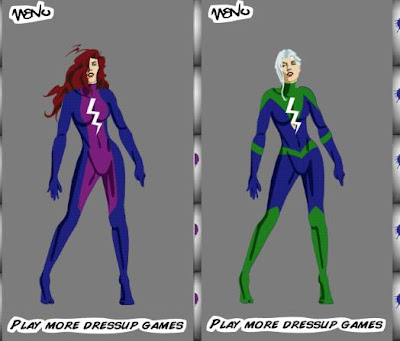 (Yeah, that second one is totally an AU design for a female Quicksilver.) Even the weaker ones are pretty addictive, though. Has anyone seen any really good superhero dollmakers out there?
Posted by Ragnell at 10:12 PM