In Defense of Peter Bishop

If you're not caught up on this week's Fringe episode, "Concentrate and Ask Again", don't read any further. Spoilers for the series up until the end of that episode. 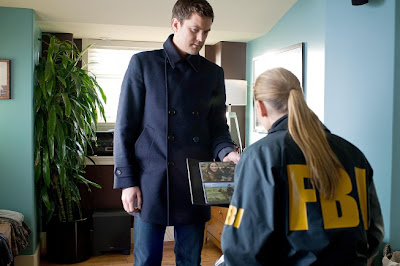 There are two things that bug me about this Altlivia fallout.

One, remember back when there was a story with the Chameleon in Spider-Man, and it looked like he pretended to be Peter and slept with his roommate? And how we had a big discussion on rape and consent as a result.

Well, this is the same situation. Peter slept with Altlivia, but his consent was based on the thought that this was HIS Olivia, a woman he trusted implicently and had grown to love over the past two years. Peter didn't really give consent.

And maybe I'm in the wrong part of fandom, but few fans seem to have remarked on this at all. I mean, I even saw a few posts discussing that what happened to Olivia was a form of rape, that then go on to talk about what a self-absorbed jerk Peter is. What the hell, fans? If this were Peternate and Olivia (or a show with Patricia and Oliver?) they'd be screaming to high heaven from every blog but instead we're going to constantly talk about how Peter should have known better? Come on, fandom.

And speaking of whether or not he should have noticed, I think people are being really unfair to Peter there too.

The thing about Peter is that he's a social person, which actually puts him in the unique position of being the one to fall for this hardest. Why? Because you don't really get to understand people as well as he does without observing them and altering your judgments based on how they act differently in certain situations. He's not someone to go "Oh, this is weird behavior, she must be an imposter." He's someone to go "Oh, that's weird. Either something's going or this is something new I learned about them. What's different for this person that's causing this?"

It looks like he's stupid for not knowing what with everything that's going on, but this guy is still getting used to the weirdness. It's just not human nature to seek out parallel universes and shape-shifters as an explanation for every time someone does something different or unepected. Human beings are not consistent creatures, and they do alter their behavior from time to time.

It's second nature for Peter to observe people, take all their normal behavior PLUS the odd behavior into account when he makes judgments, and con the crap out of them based on that. Even though he knows there's shapeshifters and alternate universes out there, this is a guy who made his living based on his skill at dealing with people for the vast majority of his. The only way he can do that is to watch people, and accept what they do as part of their personalitiesAnything new with Olivia he had to rationalize away BECAUSE he's spent his entire life paying attention to people and has seen them change this way before.

His rationalization? "This is how she acts in a romantic relationship." He's never seen her in one before, let alone been in one with her. And That's not something that a couple years and conscious knowledge of weirdness will erase. And all his life this guy has had to adjust his impressions--not challenge--when someone acts differently.

Even in the setting, we're asking way too much of Peter to expect him to have figured this out earlier than he did. It's one thing for Olivia to be upset, she's got a ton to be upset about. But as awesome as she is and much as we identify with her, we're not Olivia. We didn't just come back from that shit to land into this shit. Give Peter a break, all right. Dude still hasn't worked out his issues with Walter yet.
Posted by Ragnell at 10:17 PM