Reboot Madness! Everything Must Change!

Sure enough, right after I posted my concerns about the reboot the news went up about the next ten series that are getting rebooted. They seem very nonthreatening. I've already made some buy choices.

Of course, barring Dave Sim (and honestly, I think I'd pick that up just to see how fucked up it was) or Frank Miller I knew I'd be getting Wonder Woman. I had my fingers crossed for Grant Morrison, but DC handed the pen to someone else: 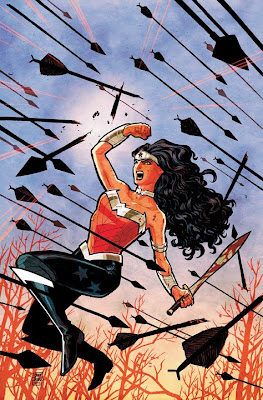 Right away my heart sank. A lot of the big problems with Wonder Woman seem to derive from this ridiculous idea that she needs more of an edge. (I suppose being the personal enemy of the God of War and Violence himself just isn't impressive enough.) Brian Azzarello is known for 100 Bullets and just having the dark, edgy element to his stuff. No only that, bloodied sword on the cover.

But... Rucka was known for edgy street crime, and he was one of the best. The complaints I've heard about Azzarello's women seem to stem from bashing the supporting cast around, so a franchise like Wonder Woman that is purposefully gender-swapped might shake up his habits a little.

He's written Wonder Woman before in Superman #210-211, and David had some reassuring things to say about that. It's been a long time since I've read any of For Tomorrow (I only remember some heavy bondage with Kyle Rayner), but it's one of three Azzarello series on Comixology so as soon as I get my account straightened out I'll check the Wonder Woman parts out for myself. A couple people have recommended Doctor Thirteen so I've ordered that out of curiosity.

Not that not liking any of this will stop me from getting the next Wonder Woman origin retelling. I freaking love that story, and this is a character I usually give anyone a chance with.

Also, that is the best the pants have looked yet.

The other surprise I got was a Mr. Terrific solo series, just as I was worrying about the character's fate: 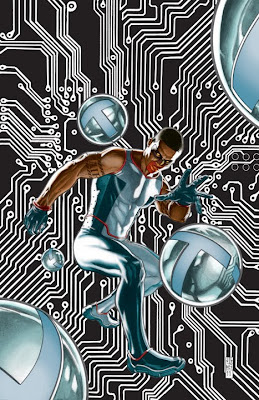 The world’s third-smartest man – and one of its most eligible bachelors – uses his brains and fists against science gone mad in MISTER TERRIFIC #1, the new series from writer Eric Wallace and artist Roger Robinson. The cover to issue #1 is by J.G. Jones.

Not familiar with the creative team, but I will be checking out the first issue unless someone drops something ridiculous in the lead-up interviews.

In the meantime, I'm relieved to see Johns leave the Flash: 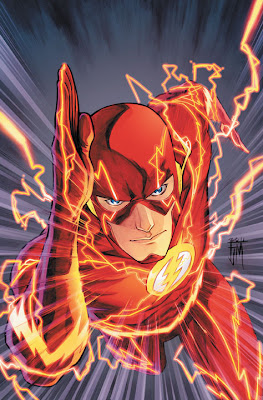 Rising superstar Francis Manapul, fresh off his acclaimed run on THE FLASH with Geoff Johns, makes his comics writing debut in THE FLASH #1, sharing both scripting and art duties with Brian Buccellato. The Flash knows he can’t be everywhere at once, but what happens when he faces an all-new villain who can? The cover to issue #1 is by Francis Manapul and Brian Buccellato.

I'm unfamiliar with Bucellato but I'll definitely give Manapul's writing a shot for his art. 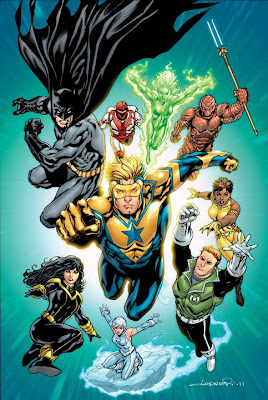 On the maybe pile I have JLI and Justice League. Johns and Lee are setting the stage for everything and Justice League used to be one of my staples, but I'm honestly getting tired of those creators. Lopresti on JLI is solid, and I like the lineup but I'm still deliberating on Jurgens. He's hit and miss for me.

In the meantime, Yan's keeping a list of books and creative teams as they get officially announced in case someone wants a scored.
Posted by Ragnell at 8:38 PM