Deja vu all over again

So.. anyone hear any big news this week?

Okay, these rumors have been flying for quite a bit and as we've know that Wonder Woman was likely to get a complete reboot I was mentally prepared anyway. Really, what with Green Lantern Corps #60 I was anxious for one for Green Lantern. A full universe-wide reboot is a great way to undo all of those deaths they SHOULD have undone in Blackest Night (but somehow forgot to), and clear some of the ickier circumstances out of their product. They can bring back Ralph and Sue and Ryan Choi and Mogo and Katma and Hawkgirl and so on. Then they can weave together the stories from the start and make wise use of their character stable. At the very least, if they're out of ideas they can kill the next few years reintroducting all the characters again from the starting point. It's a great opportunity.

Or it could be, if they have the brains to do it right or the guts to do it all the way.

Blackest Night gives us reason to doubt they'll introduce a diverse cast from the ground up.

They also plan to keep some of the continuity. Heaven only knows what this means for sure, because a proper linewide reboot would mean everyone goes back to the same spot and there is no continuity. Possibly September is just Origin Month and we get back to business in October. They'll use those #1 issues to set out what the new character history is and/or setup the new storyline. Some continuity will change, some fat will be trimmed, but a lot of stuff will be the same. New series will be launched, old series will be cancelled.

Hmm... Where have we seen this before? 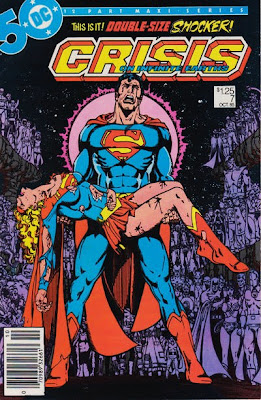 No, not there. That was half-assed, but they are organized now. Getting them all on the same track in one month. Real jumping on points for new readers. Hell, they may not actually reboot, they may just fudge the backstories. 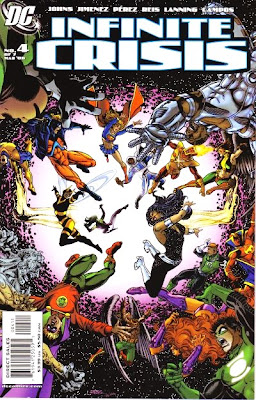 Hmm... Nope. Not that either. We're beyond rumors and they said it was changing the past rather than jumping ahead. Also, they're renumbering. Granted, they might just renumber September's issues and go back to normal the next month for some series... Oh! 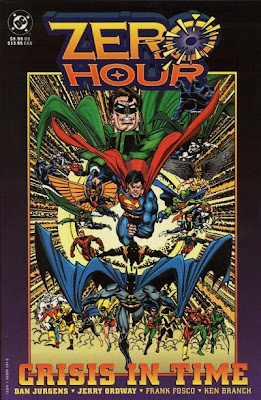 Labels: somewhat cynical, The Hype Death of the DC Universe