Let's face it, poor Hal Jordan has been put through the ringer by the comic-book blogging community.

He's an irresistable target. An arrogant man who is constantly being hit over the head. How can we not make fun of him?

But, in the interest of fairness, I must bring to light the tendancy of the rest of the Green Lantern Corps to also take beatings over the head.

First, we see that Hal has passed on his tendancies to his respective successors. 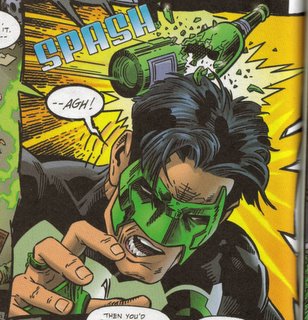 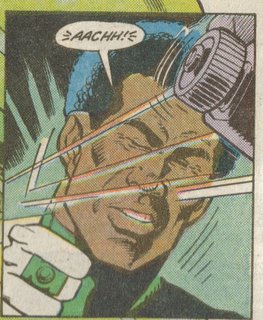 So, surely, this clumsiness is only inherent in the human males in the Corps. 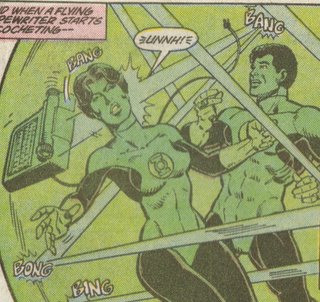 The Green Lantern Corps is for Equal Opportunity injury after all, I suppose.

But this isn't even the most shocking display of incompetence in this franchise.

Feast your eyes upon the Great Alan Scott, Green Lantern of the Justice Society, 1940-1951. 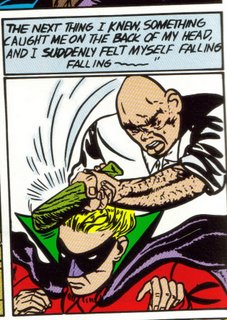 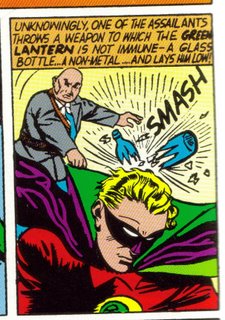 We also get a double-feature in a later issue... 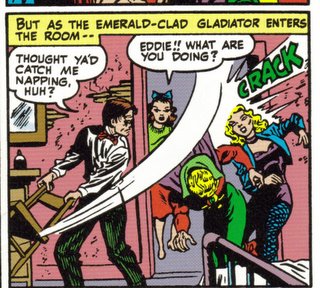 But hey, at least Green Lanterns have never been taken in by their own powers.. 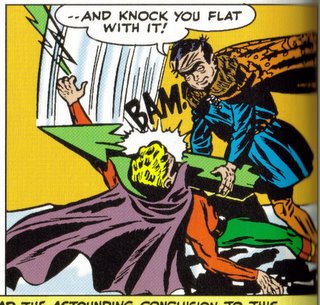 Yes, that was Alan Scott being beaten with his own power beam.

I think we've seen enough.
Posted by Ragnell at 3:03 AM