Anything to look forward to in June?

DC's got their June solicits up and the teasers on Flashpoint are slim. However, not sure that "FLASH FACT! If she can’t have the world – no one will!" under Wonder Woman and the Furies #1 makes me hopeful. I'll still try the first issue, but I'm kinda sick of them making Diana the overly aggressive warmonger in dystopian timelines.

On the other hand, the single most anticipated Wonder Woman issue of the year will come out the same month: 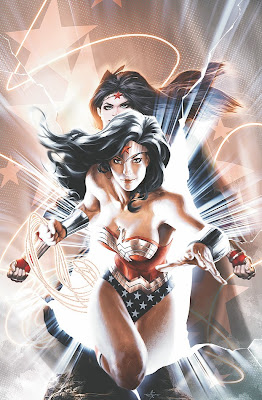 WONDER WOMAN #612
Written by J. MICHAEL STRACZYNSKI and PHIL HESTER
Art and cover by DON KRAMER and WAYNE FAUCHER
1:10 Variant cover by ALEX GARNER
This is the one you’ve waited for! The year-long “Odyssey” storyline comes to an earth-shattering conclusion! Can Diana defeat the powerful forces that destroyed her entire reality? And even if she wins, she could still lose everything!
Retailers please note: This issue will ship with two covers. Please see the Previews Order Form for more information.
On sale JUNE 29 • 32 pg, FC, $2.99 US • RATED T

Yes, that's the light at the end of the tunnel. That is the END of the JMS plotted timefuck. I can't say what fresh hell awaits us in issue #613, but at least it won't be from the mind of the guy who did Superman: Earth One.

That cover's a variant, so I don't know if it means anything but it beats any Wonder Woman cover since the Dodsons were on art.

And there's a Showcase Presents for the old "Trial of the Flash" storyline. Carmin Infantino days.

Aside from that, I'm intrigued by this: 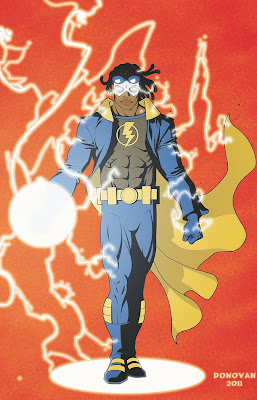