Highlights of this week's order.

I ordered my comics this morning. It'll be a week, maybe two with the holiday, until they come in but I'm looking forward to a few things:

1) Avengers Academy #7 by Christos Gage and Mike McKone -- I am devouring this book every month, I love it. I badly want more Pietro and Finesse (out of the students, so far I'm most impressed with Finesse and Reptil), but Hank's becoming a favorite right now so I'm happy to see an issue might focus on him. I will be a little sad, though, if Hank gives up the Wasp identity to take back the Giant-man one. I liked that he was stepping into Jan's shoes, very few legacy heroes are a male character taking on a female character's identity while there are tons of female derivatives and female successors to male characters. I'd much prefer to have Jan back as Giant-woman and Hank remain in the Wasp identity. 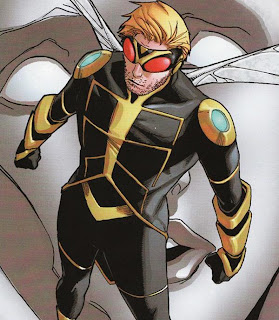 Plus, it's the only good costume he's ever had.

2) Superman #706 by G Willow Wilson and (I believe) Eddy Barrows -- I think the walking storyline (like the WW storyline) had a good idea, but I hate the way JMS wrote Clark. I took this chance to order it and see if another writer can do a better job. Also, I've been hearing so many good things about Air but didn't find out until it was all gone. (Waiting on a trade now.) This'll be a chance to check out this writer. 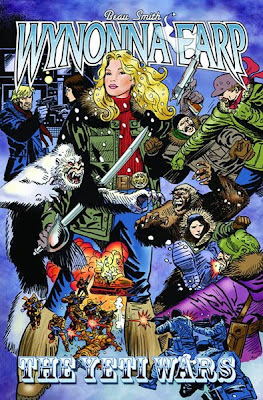 3) Wynonna Earp: The Yeti Wars by Beau Smith and Enrique Villigran -- I've been waiting on a new Wynona Earp story since 2006, and finally one's arrived! I discovered this character through the Complete Wynonna Earp a few years ago and I absolutely adored it. I'm going to take the liberty of quoting my old review because I've already said what I'm looking forward to the most with this:

As a result, I actually got to read a book with a female main character who was never beated up in a sexualized manner (although yes, she was beaten up and captured a couple of times, it wasn't drawn out or handled in a worse manner than a similar situation in Warrior with Guy Gardner would be), or victimized, or made to seem the least bit weaker because she was female. I got to put aside feminist analysis of the story in favor of enjoying the action, the cheesy jokes, and yes, even the ridiculously over-the-top Nineties Art (my pet peeve about the posture was in full force for most of this trade, only the very first and very last stories -- by Luis Diaz and Manuel Vidal respectively -- had her posed like a proper fighter). It was like being a kid again.