They may be in need of a comics article.

About off our backs: Off our backs is a newsjournal by, for, and about women. It has been published continuously since 1970, making it the longest surviving feminist newspaper in the United States. It is run by a collective where all decisions are made by consensus. The mission of off our backs is:

* to provide news and information about women's lives and feminist activism
* to educate the public about the status of women around the world
* to serve as a forum for feminist ideas and theory
* to be an information resource on feminist, women's, and lesbian culture; and
* to seek social justice and equality for women worldwide.

About the special theme issue: Feminisms and Cultures Culture is what we do and the importance of what we do. Feminist culture has always been important to the feminist movement. Cultural Feminism seeks to both re-discover women’s cultural contributions from earlier eras and to build a contemporary women’s culture. In the current millennium, womyn’s culture and cultural feminism continue to change and evolve providing new and important insights for feminist struggles and feminist liberations. This special issue of off our backs will explore the contemporary connections between feminisms and cultures considering the broadest possible definitions and intersections of those two words. Some of the questions we wish to consider include:

* What are feminist(s) culture(s) today?
* Where are cultural expressions of feminism found today?
* What is the role of music, art, film, literature, and poetry in feminism today?
* How does feminist cultural production confront patriarchy and other systems of oppression?
* How do feminist cultures support and sustain our political and economic work for liberation from patriarchy?

For manuscript submission guidelines, please visit the off our backs website here: http://www.offourbacks.org/Write.htm

Submit manuscripts to offourbacks@cs.com AND to JREnszer@aol.com Questions, queries, comments? 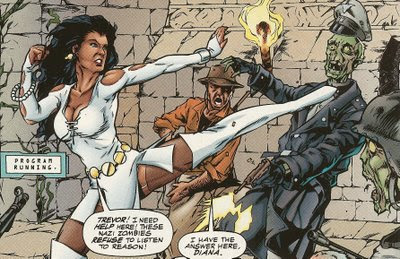 After a post in which really only the Anonymous commenters agree with me, and I don't feel inclined to change my opinion, I like to post something lazy, mindless and frivolous. So, fill in the blanks (original image courtesy of Sally): 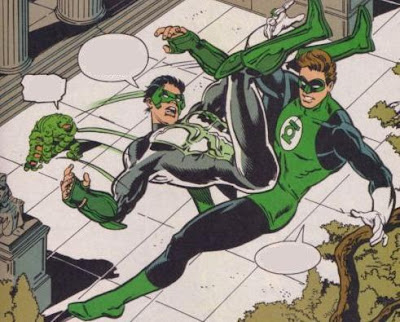 If you must insist on substance, I have a pleasantly short post long essay up on censorship on Blog@Newsarama. There are no pictures with it.
Posted by Ragnell at 8:32 PM 3 comments:

Sometimes we forget what we're dealing with when we read about the Amazons. They're a family, right? Diana's island full of good-natured kick-ass Aunts? Sure, when we look at them through Diana's eyes.

These are not a peaceful people. The Themiscryans are a warrior race patroned by a war-goddess, a hunting-goddess, a love goddess who is not the nicest of love goddesses, and a mother goddess who didn't mind letting the entire world starve to death over her daughter. They're also the reincarnated souls of women who were violently killed by men, and who have characteristically distrusted the male gender since Perez was writing. They had peace because they were on an isolated island. The Bana-Migdall tribe, which is now intermingling with the Themiscyran tribe, was not nearly so peaceful when we met them. They are also, by tradition, a Monarchy.

As far as they know, they have just been grievously wronged as a people again, through the treatment of a member of their Royal Family.

There've been complaints about Amazons Attack. On this one point, I must respectfully disagree (and insist those complaining learn continuity and context). The Amazons are not a sweet, peaceful people. They like quiet afternoons and intellectual pursuits, but they will not hesitate to kick ass when wronged.

After Wonder Woman #8, it makes perfect sense and is in character. Granted, that first scene made me cringe, but I'm suspecting another divine enemy's hand in all of this, someone last seen very close to the primary villain here. Beyond that, it is perfectly logical they'd attack the USA, given the events in Infinite Crisis and the end of Wonder Woman #7, and especially given the development in Wonder Woman #8.

Remember, an ongoing theme in Wonder Woman since the 80s has been that Diana carries the olive branch to both groups. She preaches peace at home and abroad. Without her, the island would not be open to talking to the other countries.

There's also a really obvious and traditional resolution ahead of us. I hope Pfeiffer plans on it, because it takes this mess and ends it with something other than "Feminism is a bad thing." I can see why so many people are annoyed, because the implication is there, but as long as I can see a few options past that I'm with Pfeifer.

If the moral does end up being "Feminism is a bad thing" I very much doubt I'll be persuaded to read anything by that writer again.

There's really nothing that can prevent mass Amazon casualties, though. Unnamed Amazons are the Red Shirts of the DC Universe, even more so than non-human Green Lanterns.

That is the problem I see developing.

Pfeifer treating the Amazons as an allegory of All Feminism? Not such a workable analysis at this point. We have to see how Diana factors into this first, and how her viewpoint is treated. She's clearly marked as a peacemaker, but how's she going to approach it? Is Diana going to be allowed to represent Feminism here, rather than the Amazons? Too many options yet, and I figure the writer deserves the benefit of the doubt on this one. He hasn't actually made a mistake so far, its the First Act, and this day's reading started with a wonderful revelation.

Too bad about the fourth page, though. I do hope there's an external influence to explain that. But we are dealing with a raid from a three-thousand year-old warrior civilization here. They didn't have the Geneva Conventions three thousand years ago. Its nasty as hell and Diana certainly won't approve, but its still in character.

If what I saw is true, I love you and I forgive Jodi Piccoult's stupid meta-jokes and will assume Diana was hit on the head right before Wonder Woman #6, because this development must never be edited out of continuity.

I was devouring Patrick Gleason's art in Green Lantern Corps #11 (for only the third time this week) when I reached this panel and realized something awful.

Those two faces? Both belong to female characters.

Gleason draws them differently, and I was gushing over his ability to give female characters different noses, eyes, and chins.

I love this guy's artwork, but really this should be the standard, not exceptional. Its the same with body types. We should not be gushing over an artist just because they draw a women with differing bra sizes.

They should all be drawing women as individual characters. And we should be able to dismiss anyone who can't differentiate Black Canary and the Invisible Woman outside of costume as a lazy bastard or a talentless hack (or both) without running into legions of rabid fans who swear that they draw the best women in the business and should be given Wonder Woman or Birds of Prey in recognition of that.

Yeesh, that annoys me.

Love Gleason's art, though. Just found his blog today.
Posted by Ragnell at 11:33 AM 10 comments:

Odds and Ends/Requests and Demands

I saw Hot Fuzz. Everyone with similar tastes to mine should see this movie. Especially my father. If you're reading, Dad, go see that movie. Funny cops in rural England. I think you'll like it.

Also saw and enjoyed Meet the Robinsons. Mom, if you're reading, I suggest you see this movie while Dad sees Hot Fuzz, since there's a fair amount of gore in Dad's movie, and this one is a cute time travel movie.

Okay, I need participants for a little sociological experiment. Mario Wytch wants people to read his and Mykal Adams' webcomics, and email him (his address is by the little picture of him on the contact page) with what comic they laughed at, and their gender (If that makes you uncomfortable, comment here and I'll send him this link). There's only four comics up so far, so it shouldn't take long.

Finally, tomorrow (Monday the 23rd) is my birthday, and would be an appropriate day to post a rear-view image of your favorite Green Lantern, if you are so inclined. (Hey, its worth a shot!)

Who Does Mary Love? 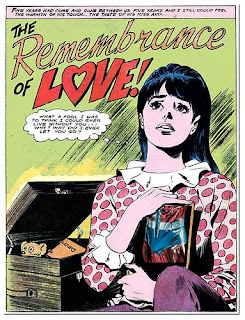 Yeah, this one is Sleestak's fault.

Well, someone was going to do that one. It was just a matter of who got it first. And its not like anyone remembers what his mask looks like now.
Posted by Ragnell at 3:42 AM 5 comments: