Yeah, I picked it up. Rachelle and Sally kept blogging the storyline and I had to check it out.

I should really fucking hate this storyline.

I hate aspects of the storyline. I still hate the fucking costume. I fucking hate Acuna's art. I really fucking hate the emotional divide between the Zamarons and the Guardians, they get to study love rather than willpower*? Yuck! How fucking stereotypical can you be?

The most irritating part was the Dela Pharon retcon. The original story with Dela (Star Sapphire III) in Green Lantern #41 had a new Star Sapphire pretending to be Carol and trying to trick Hal into marriage. This was part of her usurping Carol as the Zamaron Queen. As well as defeating Carol in battle, she felt a need to steal Carol's position, identity, and boyfriend. It was an interesting story that played up the Zamaron role-reversal by making Hal the "bride" in an old plot. The story itself was about Carol.

By making the Star Sapphire parasite attracted to Hal, he destroyed that story and made the whole thing about Hal.

That wasn't the only point in the whole storyline that made me want to throw things at Johns, but its the part I find hardest to forgive.

It fits in with Hal's character and Carol's character, and restores Carol to her proper place in the franchise. Carol's back to flying airplanes herself. There was an appearance by Tom. It adds the Zamarons into the franchise plotline, which they need to be into, and in the end they aren't so obsessed with love/lust anymore. (It also conveniently changes their appearance back to that of female Maltusians, rather than white human women).

The story is problematic, but moves towards a much better status quo. (Eventually this parasite crap will need to be retconned out, though.)

And the ending left me with a little smile. Cheered me out of a pissy mood. I'm back to reading the GL mainbook again.

Hopefully Acuna'll be gone next issue.

*Anyone wanna take bets on the Controllers' specialty?
Posted by Ragnell at 11:31 AM 9 comments:

Reminder: Why I'm a Pile of Rage and Gristle.

I've finished with the fucking backlog. This happens every time I go away, and every time I slog through days worth of blog posts and grow very greatly annoyed by them. This time was especially bad, because most of them were response posts to already-burning outrages. I've read too damned many of these.

Anyway, I've made three WFA posts today, and I have enough for two more actually. I'm going to sit and spread them out a bit over the weekend. I also managed to get my Wiscon writeup -- Part 1 and Part 2 -- posted, and I've been really wishing I was still there today.

I was going to let you know that I hate you all, but I found this first. The title of that post is wonderful. I remember when I could only find a handful of people regularly blogging about this stuff. Now comics blogs devoted to feminism are fairly prolific. That makes me happy.

As does the Green Lantern spoiler I found earlier.

I still need to relax. I'm going to go find pictures of Green Lantern butts in my back issues now. I don't know when or if substantial content will return to this blog. Just be happy I'm not fighting in your comment sections like a rabid St. Bernard.
Posted by Ragnell at 10:59 AM 3 comments: 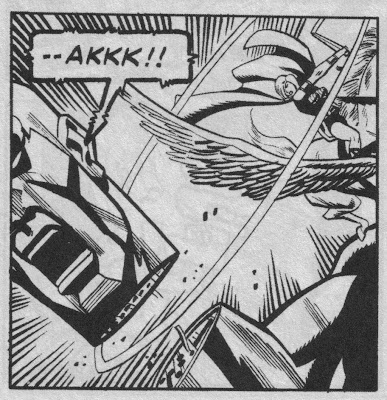 Valkyrie delivers.
Posted by Ragnell at 6:05 AM 2 comments:

The 14th Carnival of Feminist Science Fiction and Fantasy Fans is up at Heroine Content, featuring the highlights of the Mass Comics Outrage of May 2007 and some of the more interesting things that I missed while following that.

I'll be hosting the 15th Carnival myself on Feminist SciFi -- The Blog! on July 1. Deadline for Submissions is June 29th. It will be a special Wiscon edition, so I'd like to get as many Wiscon reports as possible. I won't be restricitng the content to just that, but I'd like a sizeable section on con writeups. Send them to my email address or use the submission form. Guidelines are here.

In the meantime, the 12th Erase Racism Carnival at The Angry Black Woman has a lot of scifi-related posts, and the People of Colour SF Carnival is due on June 15th.
Posted by Ragnell at 10:22 AM No comments: 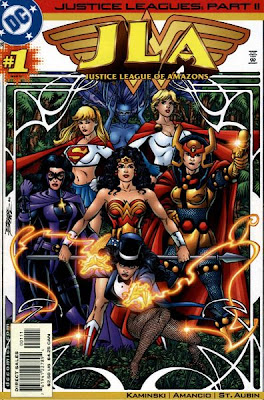 Had a blast at Wiscon. Came home to a huge livejournal blowup and 2,573 unread posts on my Bloglines.

So instead I put a police uniform (bought in the dealer's room) on one of my blonde barbies and took a picture of my new Liza Warner Barbie doll. I also found a discounted Supergirl (Linda Danvers uniform), and a brown-haired blue-eyed barbie, which was a joy because I could never find one as a kid. Now I just need that green-skinned Wicked Witch Barbie.

Actual content should resume as soon as I catch up, or find something that makes me extremely happy or extremely angry. Whichever comes first.
Posted by Ragnell at 8:23 AM 4 comments: